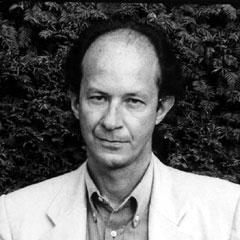 I just finished reading Agamben’s Che cos’è la filosofia? (What is Philosophy?), a beautiful and elegant book both conceptually and as a physical artifact. When I ordered the book, I threw in one of his little pamphlet books, just out of curiosity, and it turned out to contain two of the essays from Profanations, enhanced with some black-and-white photographs (and a dagguerotype, by Daguerre himself as it turns out). Looking online, it then appeared that many of the Profanations essays had appeared in that format.

Such a publication choice seems strange, but if anything, the odd thing was that he chose to collect them together later. I get the impression that he is reluctant to have English-language publishers group together his shorter essay-length works, though he has allowed it (What is an Apparatus? includes three works published separately in Italian). Two works I have recently translated — Pilate and Jesus and The Mystery of Evil — likely could have been collected together with The Church and the Kingdom to create an attractive, and still small, edition of his “ecclesiastical” writings, but he opted for them to be published separately in translation as well.

I conclude from this that the small publication format must be more important to him as more than a lark or a novelty. Sometimes he includes artwork or even collaborates with a particular artist, sometimes he lets it stand more or less on its own, but when he writes something short and puts it out on its own, he’s doing it on purpose. Agamben’s writing already tends toward the fragmentary and aphoristic, so why not reduplicate that effect on the material level as well?

One major theme of Che cos’è la filosofia? is the relationship between poetry and philosophy, which he sees as disciplines that take up different but equally necessary stances at the edge of language. And so I wonder if there’s an attempt here to establish the parallel between the two disciplines at the level of publication. Poetry is best enjoyed in small chunks, which can be slowly digested — and the effect can be virtually destroyed by the brick-like anthologies which we inflict on undergrads. Poets can put out short chapbooks, so why not philosophers? 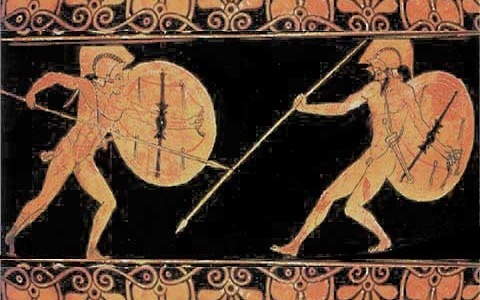 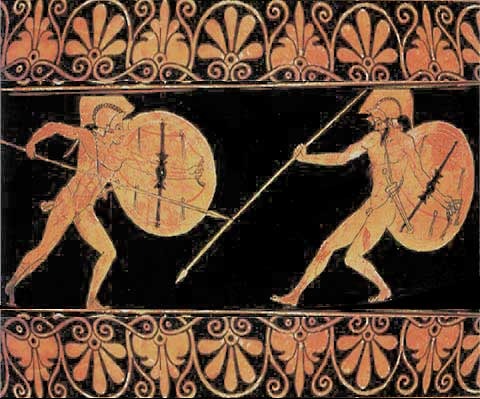 It’s almost too obvious to say that the Homeric epics are misogynist. What strikes me is how systematically misogynist they are, how they have to keep repressing a feminine element that always threatens to resurface. Sometimes it does, most dramatically when Hecuba bares her breast in an attempt to dissuade Hector from rejoining the battle, more mundanely when the soldiers chide each other for being womanly.

Every story that is, on the face of it, about the relationship between a man and a woman is displaced into a story about a rivalry between two men or about the loyalty between two men. The presenting issue in the Iliad combines both moves: Helen is induced to be unfaithful to her rather unimpressive husband, Menelaus, but this marital tension is displaced into a rivalry between Menelaus and Paris (abortively staged in Book 3) and then of course balloons into an international conflict lasting a decade. Achilles’ apparently sincere love for his war captive, Briseis, quickly becomes fodder for rivalry with Agamemnon. This does not explode into violence due to party loyalty, but Achilles can only join back into the captive after the death of his beloved comrade Patroclus (male loyalty) opens up a more serious male rivalry with Hector. That then sets up the uneasy truce between Achilles and Priam — where two men, united in their grief over men, call a temporary halt to the war started over a woman.

This aggressively homosocial gender politics may work in war, but it starts to fall apart when we turn back toward home in The Odyssey. And that incoherence is brought to a head in the figure of Penelope. On the one hand, Homer seems to be trying to set up some kind of tension through the constant reminders of Agamemnon’s fate — will Penelope really be faithful, or will Odysseus be betrayed? On the other hand, there are only two ways for a human woman to be: either utterly devoted and submissive or maliciously traitorous. (Helen shuttles back and forth, but at any given moment she is either one or the other.) At times this strains credulity, as when we learn how happy Briseis was at the prospect of becoming the lawfully wedded wife of her husband’s murderer, or what Penelope exults after Telemachus basically tells her to shut up because he’s the man.

There is no room for a woman who is seriously torn, though Penelope sometimes come close. Unable to give her a complex internal life, Homer instead puts her into a complex situation where she can’t be sure whether her husband is dead or alive. If we ask why she doesn’t simply tell the Suitors to leave, the simplest answer is probably that if she did that, she wouldn’t be a proper submissive woman — open wilfulness, even in the service of faithfulness to her husband, is breaking the rules. Her only weapon is passive-aggression, exemplified by the burial shroud trick.

In the later epic tradition, it is the women who start to get what we moderns would identify as a complex interior life — above all the impressive figures of Medea and Myrrha, who are faced with a genuine internal conflict (whether to betray her father for Jason and whether to seduce her own father, respectively). As for the men, we see profound depths of emotion — to a point that is almost comical from a modern perspective at times, or at least from the perspective of impatient student readers who are tired of all the crying — but never real depth of character. The price they pay for their relentless repression of the feminine is being stuck at the surface of things.

I’m finally getting around to reading Ranciere’s The Ignorant Schoolmaster, and I’m finding it really exciting and helpful. Of particular interest is his emphasis on memorization as a form of intellectual emancipation. Thinking ahead to my Heidegger class for next year, it occurs to me that if I could get every student to memorize one important paragraph from Being and Time, they could conceivably wind up being ahead of a student who passed an exam on the best-ever lecture course in terms of actually understanding how to read Heidegger.

My colleague Aron Dunlap has suggested incorporating a memorization component into our literature class next semester, and while I was open to the idea before, now I’m positively intrigued. Have any of you incorporated memorization into your teaching, specifically of poetry? What were your experiences?

Yesterday in class, we discussed a poem that is virtually obligatory for every introductory literature class: William Carlos Williams’ “The Red Wheelbarrow.” For those who aren’t familiar, it goes as follows:

so much depends
upon

beside the white
chickens

The discussion in one section became very heated, in part because one student recalled a teacher who “spent an entire class on this because she hated it.” Ultimately, despite my efforts, a sense emerged that the poem was so vague as to be meaningless, or susceptible to whatever meaning one projected onto it.

Now it’s clear that there are many interpretations. Yet I have a simple one, which I advanced in class.

END_OF_DOCUMENT_TOKEN_TO_BE_REPLACED

In a certain way, I think the likes of Herman Herman — for whom “‘though in many of its aspects this visible world seems formed in love, the invisible spheres were formed in fright” — might very well agree with the cynicism, much bemoaned & beloved, expressed by Michael Houellebecq about nature.

I have no time for those pompous imbeciles
Who go into ecstasies before bunnies’ burrows
Because nature is ugly, tedious and hostile;
It has no message to transmit to humans.

How pleasant, at the wheel of a powerful Mercedes,
To drive through solitary and grandiose places;
Subtly manipulating the gearstick.
You dominate the hills, the rivers, and all things.

The forests, so close, glitter in the sun
And seem to reflect ancient knowledges;
In the depths of their valleys must lie such marvels,
After a few hours you are taken in;

Leaving the car, the irritations begin;
You stumble into the middle of a repugnant mess,
An abject universe, deprived of all meaning
Made of stones and brambles, flies and snakes.

You miss the parking-lots and the smell of petrol,
The serene, gentle glint of the nickel counters;
It’s too late. It’s too cold. The night begins. The forest enfolds you in its cruel dream. (via Collapse IV)

Emerson was the perpetual passenger who stayed below in bad weather, trusting that the captain would take care of the ship.  Melville was the sailor who climbed aloft, and knew that the captain was sometimes drunk and that the best of ships might go down.

Where the lesson of one such captain, Ahab, drunk with monomania if not drink, was that the “pasteboard mask” covering such truth might ultimately be there for a reason, and that one should strike through it with care; it seems to me that Houellebecq exemplifies one possibility of what becomes of us when there is no mask at all, when it, perhaps, has already been stricken.